Man Arrested For Sexual Assault of Child in Convenience Store 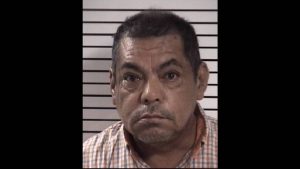 A man in Iredell County has been arrested after being accused of sexually assaulting a child in a convenience store.

The arrest took place on Tuesday after an investigation that began on March 20 of this year. During the investigations, they interviewed the child as well as several witnesses at the scene. Surveillance footage was available and was viewed by the police.

The convenience store was in Harmony, police released. The suspect was identified as 62-year-old Rafael Gonzalez Florez.

Police also interviewed Florez, and was then arrested and booked into Iredell County Detention Center where he is being held on a $75,000 bond. He was charged with two felony counts of indecent liberties with a child.