Man Arrested for Shooting at Vehicle on I-77 N. Ramp 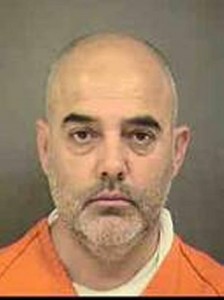 A man was arrested after a Charlotte-Mecklenburg officer saw him shoot at a vehicle on an Interstate-77 North ramp Wednesday, police said.

Mehmet Ilik, 42, was arrested without incident and the officer seized the man’s handgun. He is charged with shooting in city limits and going armed to the terror of the public.

The incident occurred on the entrance ramp from LaSalle Street to I-77 at 3:40 p.m.

The vehicle Mehmet had been shooting at has not been found, police said.

Authorities ask anyone with information on the case to contact Crime Stoppers: 704-334-1600.