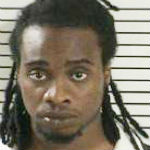 STATESVILLE, N.C. – A 22-year-old man is facing charges of assaulting his girlfriend and her 2-year-old son.

Thomas Joshua Byers, 22, of Mooresville was charged with assault inflicting serious injury by strangulation, assault on a female and assault on a child under 12, said Statesville Police Chief Tom Anderson.

Anderson said officers were called to a residence in the 700 block of West Front Street around 4 a.m. Saturday after a neighbor reported a domestic disturbance.

She was transported to Davis Regional Medical Center for treatment.

Anderson said officers did see evidence of an assault on both the woman and the child.