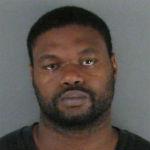 Police charged Camp in June after allegations of abuse were made against him regarding his son.

Investigators said the child had second-degree burns to his groin area.

Camp told detectives that he accidentally burned his son when putting him in a bath of hot water.

The burns were not consistent with Camp’s claim, according to Gaston County Assistant District Attorney Stephanie Hamlin.

The child suffers from autism and is mute, Hamlin told the court. Those factors made it impossible for the boy to tell investigators what happened to him, Hamlin said.

The boy was removed from Camp’s home and put into foster care.

Before going to live with his father, the child had been removed from his mother’s home following allegations of abuse.

Camp also has two daughters who have been put into foster care.

According to his attorney, Cindy Letorney, Camp has supervised visitation with the children. She said that her 25-year-old client wants to become a better parent and ultimately be reunited with his children.

Letorney said that Camp was neglectful in not getting medical treatment for the boy.

Hamlin said that the state suspected there was more to the story but couldn’t prove it.