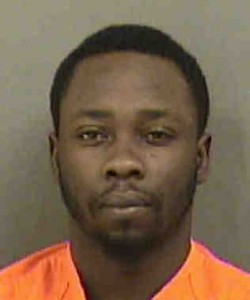 A suspect has been charged following the shooting and death of a man at a southwest Charlotte gas station.

Erick Jamaal Neely, 19, was pronounced dead after the shooting at 8 p.m. in the Arrowood Corner gas station.

25-year-old Justin Jerrell Eason is being charged with murder and possession of a firearm by a convicted felon.

He has also been on probation for assault on a female, assault by strangulation, and common law robbery, with pending trials for two DWI charges, according to records.

Eason was arrested at his home and taken into custody without incident.

Police have not released information about what led to the shooting.

According to media reports, store employees have said neither of the men worked at the gas station.