Man Charged With 2 Counts Of Murder After Fatal Car Crash 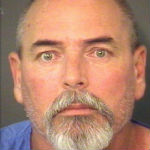 MONROE, N.C. — Police in Monroe have charged a Union County man with two counts of second-degree murder after officers said he killed two people in a crash last week.

Investigators said they found empty beer cans in Herrera’s truck after he crossed the median and struck another car head-on.

Laral Callahan, who was in that other car, died instantly. Her boyfriend, Paul Randall, was rushed to the hospital but died two days later.

Investigators said Herrera suffered a broken ankle in the accident but was treated and released.

Herrera was also charged with reckless driving and driving while impaired. He was in the Union County jail under a $200,000 bond.