Man Charged With Multiple Counts Of Molestation Denied Any Bond 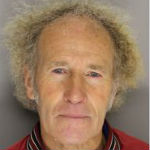 LANCASTER COUNTY, S.C. — On Dec. 28, the Lancaster County Sheriff’s Office received information alleging that Dennis Fred Rutledge, 62, of Lancaster, had been having inappropriate sexual contact with a female juvenile.

Investigators said they determined there are many victims, ages 12 or under, and multiple incidents of the molestation.

Rutledge was placed under arrest on Dec. 31 and jailed at the Lancaster County Detention Center. His bond has been denied.

“It’s unfortunate that we have people in our society that prey on young children like this. I am thankful that PCASA (Palmetto Citizens Against Sexual Assault) and our investigators were able to work together and make this arrest quickly. Oftentimes incidents like this go unreported and encourage any other victims of sexual of sexual assault to come forward,” said Sheriff Barry Faile.