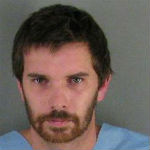 GASTON COUNTY, N.C. – A Belmont man was arrested on several charges including second-degree murder after a fatal accident in Gaston County on Tuesday night.

Levi Bacot, 26, was originally arrested on six different charges, including DWI and driving while license revoked.

Troopers said it appeared that Bacot’s vehicle ran off the road then over-corrected, crossing back over the road and striking a tree.

The passenger in the vehicle, 28-year-old Allen Warren III, was pronounced dead at the scene.

Bacot was taken to the Gaston County Jail where he was placed under a $500,000 bond.

Investigators say more charges could be filed in the case.