Man Cited After Leaving 2 Children Unattended In A Hot Car 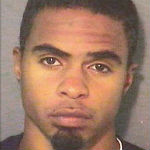 UNION COUNTY, N.C. — A Monroe father is facing child abuse charges after police said he left his 1-year-old and 3-year-old children alone in an unlocked car on a 90-degree day.

Police cited Dante Williams Thursday in the parking lot of Food Lion in Wingate after a customer called 911 to report the unattended children.

Police said when they arrived, the 3-year-old child was not in a car seat and Williams came running out of the store to the scene.

“He was asking if there was a problem and we told him, ‘Yeah, there’s a problem,’” Chief Donnie Gay said.

Gay said the children could have easily suffered in the heat or been abducted.

Williams has a long criminal record including arrests for assault, burglary and resisting arrest, officers said.

Williams also did not have a valid driver’s license.

Police said the 3-year-old child was not in a car seat so they asked Williams to have a responsible adult with a car seat and driver’s license to pick up the children, which prompted a surprising request from Williams.

“He said, ‘Since you’re waiting on that person to arrive, do you mind if I go buy some groceries?'” Gay said. “We told him we would not babysit his children.”

Gay said his department will recommend Williams take parenting classes at Department of Social Services as part of his sentencing.