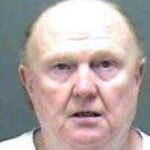 Because the offenses occurred in 1981, Honeycutt had to be sentened under the Fair Sentencing Act, which preceded the current sentencing system in North Carolina that was established by the Structured Sentencing Act. Judge Caldwell sentenced Honeycutt as follows for each offense:

On January 24, 1981, Honeycutt entered the first victim’s home, covered her mouth with his hand and then raped her.

Less than a month later, on February 21, 1981, Honeycutt entered another victim’s home and raped her while her family slept upstairs. The victim was pregnant at the time of the assault.

Honeycutt told both women he wouldn’t hurt them if they didn’t scream.

Honeycutt was connected to the crimes decades later when the Charlotte-Mecklenburg Police Department’s Sexual Assault Cold Case Unit found that DNA evidence in the sexual assaults matched Honeycutt’s DNA, which had been entered into a national database.

The Mecklenburg County District Attorney’s Office appreciates the courage the victims showed in facing their attacker during trial. Prosecutors would also like to thank the Sexual Assault Cold Case Unit for helping to finally bring justice for these victims.