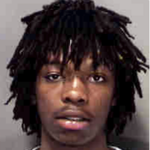 CHARLOTTE, N.C. – Police in northeast Charlotte say they were forced to shoot a teenager in a gang-related undercover drug operation.

17-year-old Jaquaz Walker has since died.  The incident forced an elementary school to go on lockdown Tuesday afternoon.

The incident happened just after 1:30 p.m. at Hidden Valley Elementary School in the Hidden Valley neighborhood off N. Tryon Street.

Walker shot at the informant after he tried to rob him.  That’s when police say the undercover officer shot Walker in the head.  Walker died at Carolinas Medical Center Tuesday night.

Police say the other suspect — a 15 year old — is still on the loose and they are actively looking for him.  They also believe they know who he is and are signing warrants for his arrest.

The school was placed on lockdown as a precaution.  There was staff at the school, but no students as summer vacation started last week.

Chief Monroe defended their decision to conduct the undercover operation at an elementary school, saying at no time were staff inside ever in danger.

“Anytime you conduct an undercover operation, what’s a good location,” he said. “Whether it’s a shopping mall or neighborhood, there’s no real perfect location.”

Monroe also confirmed the shooting is gang-related and part of larger undercover operation ongoing for several months. But he declined to give more details, saying it may compromise their investigation.

No officers were hurt in the shooting.