Man Drinking At Bus Stop Found In Possession Of Cocaine 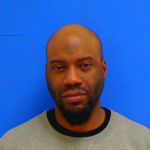 HICKORY, N.C.  — A Hickory man drinking a beer at a bus stop ran from officers after he was found with cocaine Monday evening, police said.

A Hickory police officer stopped to talk with the suspect at the bus stop in the 900 block of South Cen­ter Street, Sgt. Justin Levey said. The officer reported the suspect was drinking a beer, which the suspect poured on the ground when the officer asked him to dispose of the beer.

The officer asked the suspect for permission to search him. The suspect consented, Levey said, but then reached into his pocket, pulled out a brown paper bag and tried to hide it. The officer grabbed the bag, which contained white rocks, and secured the evidence, Levey said. That’s when the suspect took off running. The of­ficer tackled the suspect about 50 feet away and took him into custody.

A search of the suspect yielded another paper bag with white rocks inside, Levey said.

The suspect was com­bative when he was being booked, leading to the sec­ond resisting charge, Levey said.

Wilfong was held in the CatawbaCountyDetention Facility with an $18,000 se­cured bond.