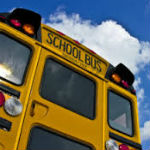 ROCK HILL, S.C. – A teenage girl told deputies that a man with a “big stomach” exposed himself to her while she walked to her bus stop last week.

According to the police report, the girl said she was walking to the bus stop and passed a house when she heard a man say, “get over here, get over here now.”

The girl turned and saw a completely nude man standing between two houses near the woods. He was touching himself, the report states, and signaling for the girl to come near him. The girl told deputies she ran closer to the bus stop and joined a friend.

She wasn’t able to give deputies an accurate description of the man, aside from saying that he was middle-aged and had a “big stomach,” the report states.