Man Facing 40+ Counts Of Sexual Exploitation Of A Minor 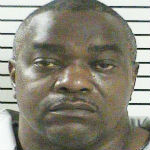 MOORESVILLE, N.C. – A Mooresville man was charged with more than 40 counts of sexual exploitation of a minor and statutory rape.

In the process of investigating the allegations, Dyson said, she executed a search warrant at Brown’s home and found evidence of child pornography involving the victim of the sexual assault.

As a result, the 42 charges were filed and Brown was arrested.

Dyson said the Statesville Police Department is also conducting an investigation for alleged crimes committed against the same teenager at locations in Statesville.