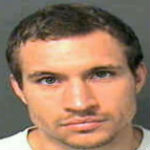 CABARRUS COUNTY, N.C. — Cabarrus County deputies said a Charlotte man originally charged with assault with a deadly weapon in a violent beating that came hours after he learned that his brother had died of a possible drug overdose is now facing Voluntary Manslaughter.

Daniel Locklear, 28, will go before a judge on the upgraded charge Monday.

Deputies were first called to a home on Starwood Drive, just north of Interstate 485, Tuesday afternoon where they found David Locklear, 31, dead.

They said his death appeared to have been from an overdose, but they are waiting for toxicology reports to say for sure.

Several hours later, deputies were back at the house when they said David’s brother, Daniel Locklear, is suspected of attacking David’s roommate, Jason Armstrong, 21.

Investigators found a 2×4 at the crime scene that may have been involved in the beating.

Deputies have not released details of the attack, or a motive, but Armstrong was in critical condition at Carolinas Medical Center in Charlotte Wednesday evening.  Armstrong passed away Sunday night.