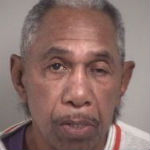 KANNAPOLIS, N.C. — A man was arrested in Kannapolis after his son reported he fired a handgun at him, according to Kannapolis Police Department.

John David Rogers, 68, was charged with assault with a deadly weapon with intent to kill.

When officers arrived on scene, they spoke to the son who said he and his father got into an argument at the intersection of South Ridge Avenue and Odell Street.

The son told police his father got a handgun from the trunk of his vehicle and fired a round at him. The bullet missed the son and no injuries were reported.

Rogers was arrested at his home. He was placed in the Cabarrus County jail with a $10,000 secured bond.