Man Got Away After Selling Drugs To Undercover Officers 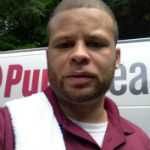 LINCOLNTON, N.C. – Police in Lincolnton are looking for a man they say escaped after selling drugs to undercover officers on Thursday night.

The incident was reported 7:20 p.m., according to the news release from the Lincolnton Police Department.

Police say Jonathan Christopher Wise, 28, led officers on a short chase down a dead-end road after police say he purchased narcotics from an undercover officer.

He allegedly jumped and ran from his vehicle.

He was wearing a white polo shirt and blue jeans.

Officers believe he was injured during his escape.

At approximately 9:30 p.m. he knocked on an elderly female’s door and asked her to call a phone number for him advising the female he had been in a vehicle accident, according to the release.

Officers believe he is seeking a ride to Gastonia or Hickory.

He may also be seeking medical treatment for his injuries.

He is wanted for trafficking in opiates.

Anyone with information about Wise is asked to call Crime Stoppers of Lincoln County at 704-736-8909.