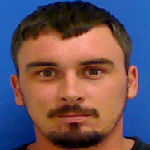 LINCOLN COUNTY, N.C. – A Lincolnton man turned himself in on Monday for kidnapping and assaulting a 15-year-old boy.

A criminal complaint signed by the victim’s mother states that Rinderer forced her son into a vehicle at a park in Maiden and drove the boy to a residence on Buffalo Shoals Road in Maiden against his will.

According to warrants for his arrest, Rinderer pulled the boy out of the vehicle and struck him multiple times about the face and head with a closed fist and forearm, and kneed him in the ribs. The boy’s injuries included knots on his head, a laceration on his mouth, a swollen left ear, bruising on his face and ribs, and scrapes on his shoulder and back.