Man Killed By SWAT Team After He Killed His Estranged Wife 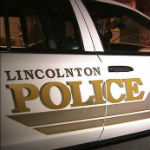 LINCOLNTON, N.C. – A man was shot and killed by a SWAT Team early Friday morning after authorities say he killed his estranged wife.

The incident started around 6 p.m. Thursday when officers found a woman dead at 876 Salem Church Road in Lincolnton.

Investigators began processing the scene and called in the State Bureau of Investigation.

Two detectives drove to Colonial Village Apartments off of North Aspen Street to speak with the dead woman’s estranged husband.

The man they were looking for was circling the apartment complex in a gray truck, according to the Lincolnton Police Department.

When officers blocked the truck and told the man to show his hands, he reportedly pulled out a semi-automatic handgun and fired at police.

No one was hit in the exchange, and the man ran into an apartment in the Lantern Ridge Apartments which is a neighboring property.

Police officers set up a perimeter and called in the Lincoln County Sheriff’s Office SWAT team.

The standoff continued past midnight.

At about 12:30 a.m. Friday, the man and officers exchanged gunfire, according to police.

The man was shot and killed.

The names of the man and woman killed in the incident have not been released by police.

The N.C. State Bureau of Investigation will handle the investigation into the man’s death.