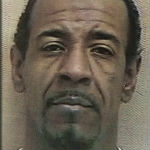 Kincaid was dating one of the victims and is also the one who called 911 the morning of the murders.

Kincaid faced the magistrate Wednesday night, where he was officially charged with one count of first-degree murder in the death of his girlfriend, Barbara Johnson.

According to search warrants, paramedics called police the morning of the homicides on August 10 after finding Kincaid with blood on his face and out of breath.

Kincaid told them “one thing led to another” after he saw his girlfriend dancing with another man.

Since the killings, Kincaid has been hospitalized. As he was led into the magistrate’s office Wednesday night, he was wearing a hospital gown.

Court documents said he had serious injuries to his right side and what appeared to be bite marks the morning of the killings.

Kincaid is locked up in jail without bond and will make his first appearance Thursday.