Man On The Run After Standoff With SWAT Team 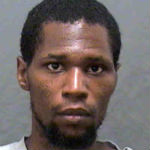 CHARLOTTE, N.C. – Charlotte-Mecklenburg police are looking for a man who they thought was barricaded inside a home during a three hour standoff.

It all started around 2:25 p.m. Monday when 911 was called to the 1800 block of Finchley Drive after a man reportedly shot at a family member.

According to police, when law enforcement arrived the victim relayed that the shooter fled the scene and was thought to be barricaded inside his residence that was also near the 1800 block of Finchely Drive.

The SWAT Team and negotiators set up a perimeter around the scene.  Nearby homes were evacuated.  A CATS bus was bought to the scene for evacuated residents to provide air conditioning and water, authorities said.

Around 5:30 p.m. the SWAT Team went into the home where they thought the shooting suspect was barricaded. The only person inside the home was a woman, according to police.

The woman was safely removed from the home and checked out by first responders – ending the three hour standoff without anyone in custody.

The suspect has been identified as Keith Caldwell, 35.  Anyone with information is asked to call Crime Stoppers at 704-334-1600.