Man Pleads Guilty to Attempted First-Degree Murder of His Daughter 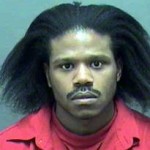 On the evening of January 15, 2012, Summers parked his car on the side of Interstate 77 in Charlotte. He removed his 2-year-old daughter from her car seat and stood on the side of the interstate. Summers ran into oncoming traffic with his daughter in his arms.

The victim sustained life threatening injuries and is still recovering.

Prior to the incident, Summers had communicated threats to the victim’s mother that he would kill her and the child. She obtained a domestic violence protective order.

On the day of the incident, Summers sent a text message to several people indicating his intent to kill himself and the victim.