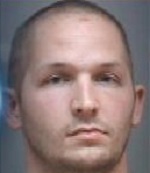 A Lincoln County man has been arrested after being accused of scamming thousands of dollars in a cancer charity scam. The victims in the scam thought they were buying memorabilia to help people with cancer.

According to police, Jason Richardson took advance payments for autographed NBA jerseys and basketballs, tickets to college basketball games, and tickets to the Masters golf tournament. Richardson claimed to be taking up money for the American Cancer Society.