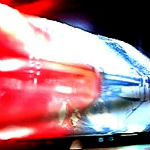 CHARLOTTE, N.C. – A man says he was robbed at knifepoint early Thursday morning while at a gas station in north Charlotte.

The robbery happened in the parking lot of the Pilot gas station at 3807 Statesville Avenue near Interstate 85.

According to a police report, the victim says he was threatened by a man with a knife.  The suspect stole the victim’s cell phone and cash.