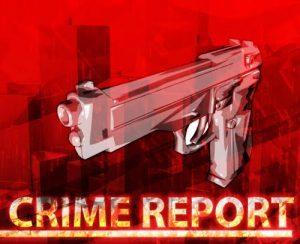 Investigations are taking place after an officer-involved shooting during which the suspect was holding a pregnant woman hostage.

The incident occurred in north Charlotte on Monday night at around 10:00 p.m. Officers were called to a home in the 1900 block of Holly Street after a break-in was reported at the residence.

According to police, the suspect, 28-year-old Johnathan Autry approached the home with another suspect and demanded money from the pregnant victim. Autry mentioned the name of the victim’s husband while threatening her leading police to believe the attack was not random.

When police arrived on the scene, the second suspect, described as a heavy set black man in dark clothes, ran from the scene while Autry came out of the house holding the pregnant woman at gunpoint. Officers on the scene demanded that he drop his weapon. When the suspect refused, officers perecieved an immanent threat and fired their weapons at the suspect.

The suspect was struck several times, once in the stomach, and Autry was taken to the hospital where he was had surgery and remains in critical condition.

The woman, her unborn child, and a child who was also in the home during the incident, were all unharmed. Reports indicated that the woman was taken to a hospital as a precautionary measure.

In addition to three outstanding warrants from a county outside of Mecklenburg County for driving with a revoked license, speeding, and resisting a public officer, the suspect is being charged with first-degree burglary, first-degree kidnapping, robbery with a dangerous weapon, and possession of a firearm by a convicted felon.

The officers on the scene were identified as Shon Sheffield, Joseph Bauer, and James Tindall. All were unharmed and have been placed on administrative leave as per usual procedure following an officer-involved shooting.