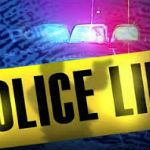 LANCASTER COUNTY, S.C. — A man died Sunday after being found stabbed in his home, according to the Lancaster County Sheriff’s Office.

Deputies were called to the home on East Arrow Lake Court in Indian Land around 1:32 a.m. for a domestic disturbance. Deputies said Jimmie Adams, 47, was on the floor and had been stabbed. He died while being treated on the scene.

Officials said they have located all people in connection with the incident. No criminal charges have been filed and the investigation is ongoing, deputies said.