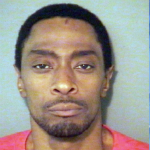 MARSHVILLE, N.C.– The husband of a woman found dead in a car on a Marshville street has been charged with first-degree murder.

Allen lead investigators to the location of the gun used to kill Alica Sligh, according to police, as well as the clothes he wore the night she was killed. The State Crime Lab is analyzing the evidence.

Allen is also charged with kidnapping and possession of a firearm by a convicted felon. He’s being held in the Union County Jail without bond.