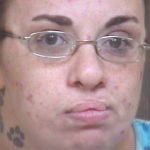 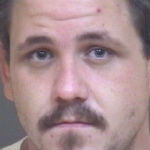 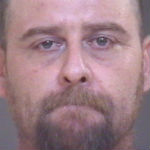 LINCOLNTON, N.C. — Narcotics officers with the Lincoln County Sheriff’s Office busted a meth lab Wednesday after following up on a tip from a concerned citizen.

Investigators conducted a “knock and talk” investigation in the 3000 block of Chinook Trail on Wednesday after receiving an anonymous tip from a concerned citizen regarding a possible drug operation at the residence.

When no one came to the door, narcotics officers took a look around the property, quickly stumbling across a burn barrel behind the home with remnants of two “shake and bake” or “one-pot” meth labs, along with methamphetamine precursor materials, according to the Sheriff’s Office.

The discovery of the items led officials to obtain a search warrant for the home. When the warrant was executed, narcotics officers report finding additional methamphetamine manufacturing precursors, along with three occupants.

Shawn Lee Black, 42, Charles Adam Basden, 28, and Krystal Rose Revels, 28, were each charged with felony manufacturing a controlled substance Schedule II and possess/distribute a methamphetamine precursor, both felonies, along with misdemeanor possession of drug paraphernalia.

The Lincoln County Sheriff’s Office says this is the sixth meth lab bust in the county for the year.