Ministry Leader Arrested On Sex Crimes With A Minor 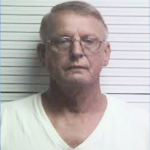 Police say the incidents happened between 1994 and 1998 when Hall live in Brunswick County.  The victim was 12 years old at the time.

Hall is accused of several sex crimes including first- and second-degree rape and is being held under a $1 million bond in Gaston County until he’s moved to Brunswick.

He currently works as the men’s ministry leader at Restoring Hope Foursquare Church in Dallas.