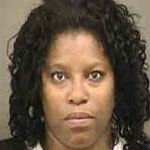 CHARLOTTE, N.C. — Charlotte-Mecklenburg Police say a mother knowingly allowed her son to douse himself in fingernail polish and set himself on fire.

It’s part of a Facebook challenge that encourages people to post a video of themselves on fire.

Youth Crimes Detectives and Social Services investigated the incident. They say the teen’s mother, 41-year-old Janie Lachelle Talley, was aware of the event and facilitated the recording. Others put out the fire. The teen suffered minor burns to his chest and neck.

Talley was arrested without incident. She is charged with contributing to the delinquency of a juvenile.

Facebook has removed many of these videos and CMPD discourages everyone from taking part in this very dangerous trend.

Anyone who knows about similar incidents should call Crime Stoppers at 704-334-1600.