Mooresville Teen Charged With Sex Crimes Against A Minor 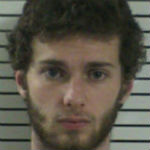 Deputies say they received the report of the sexual assaults, which they say happened between August and December of 2013. The incidents were reported after the victim told a friend.

Salerno was taken to the Iredell County Detention Center and placed under a $300,000 bond.