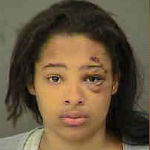 CHARLOTTE, N.C. – The mother of a 4-month-old baby girl killed in a crash was arrested Saturday morning, according to police. Eighteen-year-old Kayla Marie Davis has been charged with felony child abuse and contributing to the delinquency of a juvenile. Davis was not driving the vehicle at the time of the crash.

Davis and father of Londyn Johnson say they are not angry with the man who was driving the car that landed on their baby girl Tuesday. But on Thursday they did not appear in court to support the driver, Thabiti Pierre-Louis for his first appearance.

The wreck happened Tuesday on the 8000 block of Old Statesville Road, right in front of Charlotte Fire Department station 28, just before 3 p.m.

Four-month-old Londyn Johnson was killed in the wreck.  Five other people were injured in the crash.

Police say the driver, 21-year-old Thabiti Ashim Pierre-Louis, was charged at the hospital for DWI, child seat violation, and over-crowding a vehicle.

When he is released from the hospital, police say he will be taken to jail and served warrants for felony death by motor vehicle, reckless driving, possession of marijuana, and child neglect.

Police say Pierre-Louis was driving a 2000 Nissan Altima “recklessly and at a high rate of speed while under the influence of an alcoholic beverage” when he attempted to pass another vehicle and lost control of his car.

The Altima slid off the right side of the road and struck a telephone pole near the driver’s door before flipping and landing on its roof.

Police say that when the car flipped the infant, that was not in a car seat and was being held by a passenger in the back seat, was ejected from the vehicle. 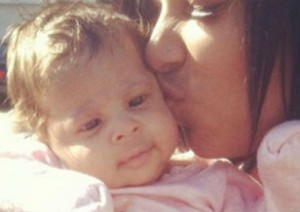 When the car came to a final rest, it landed on top of the child.

The baby’s father, Javone Johnson says the driver was Londyn’s babysitter and what happened was a mistake.

Pierre-Louis, officials said, had serious injuries. The other four victims are expected to be okay and were released from the hospital.

The family says they plan to hold the funeral for Londyn in Milwaukee, Wisconsin. Pierre-Louis’ first appearance in court is Thursday, May 29.

Pierre-Louis appeared on a video monitor before a judge Thursday afternoon. Pierre-Louis did not speak because there was a lawyer to represent him.   Pierre-Louis remains behind bars.  The judge set his bond hearing from June 11, 2014.

Police say this is an ongoing investigation and more people could be charged.