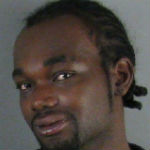 MOUNT HOLLY, N.C. – A 24-year-old man is accused of fondling three different girls at a Mount Holly park on Monday.

Ondrea Sherroid Lee Strong of 311 South Hawthorne St., Mount Holly, was charged with sexual battery, assault on a female and intoxicated and disruptive.

According to arrest records, Strong was at Woodlawn Park in Mount Holly on Monday at the same time as three young girls.

Police allege Strong was heavily intoxicated and fondled one girl’s breasts and smacked and grabbed the other girls’ butt. He also grabbed one girl and put her in a headlock, busting her lip.

Two of the girls were 16 years old and one was 18 years old.

A check of the Gaston County Arrests reveals that Mr. Strong has been arrested 7 times in the last 7 months including an arrest 10 days ago.