Murder Charges For SC Woman Who Killed Boyfriend With Shotgun 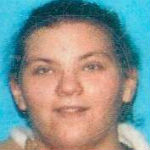 SPARTANBURG, S.C. (AP) — Spartanburg County’s coroner is planning an autopsy after a man was killed by a shotgun blast to his chest.

Spartanburg police say 20-year-old David Allen Moholland was shot to death on Monday at the Crown Pointe Apartments in Spartanburg.  His girlfriend, 21-year-old Erika Michelle Sutelman, is charged with murder.

Coroner Rusty Clevenger says an autopsy was scheduled for Tuesday.

Police say the couple had been staying at the Spartanburg apartment as guests of another couple.

A police report says Sutelman told officers they were playing with a 12-gauge shotgun inside the apartment and she thought the gun’s safety was on so she pulled the trigger, hitting Moholland.