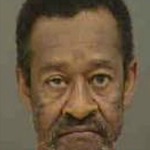 CHARLOTTE, N.C. —Charlotte-Mecklenburg police have arrested a man, charging him with murder in the shooting death of a woman in the Hidden Valley neighborhood Wednesday night.

Police said they have charged 55-year-old Paul Williams in the murder of 44-year-old Jestine Clyburn.

Officers said they responded to a domestic-related call just after 9 p.m. on Echo Glen Road where they found Clyburn shot.

She died at the scene, paramedics said.

Williams was taken to police headquarters to be interviewed and investigators said early Thursday morning that he had been charged in Clyburn’s death.

Detectives said Williams and Clyburn knew each other and an altercation led to the shooting.