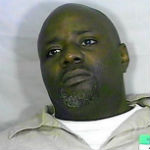 NEWARK, N.J. – A man has been arrested for a brutal attack, all caught on video, of a young mother in front her little girl.

The nanny cam home invasion video, widely seen on the internet and on news coverage, led to the arrest of 42-year-old Shawn Custis.  Custis was caught by the FBI and detectives less than an hour after authorities released his name and issued a warrant for his arrest.

Around 10:30 a.m., last Friday morning, the suspect kicked in the back door of a suburban home in New Jersey.  The home had a hidden nanny cam which captured the brutal home invasion on video. 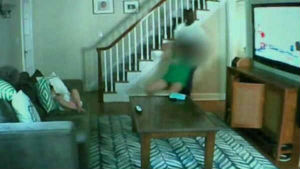 Attacker Caught On Camera As Little Girl Looks On

On the video, the suspect is seen bursting into the home and brutally assaulting the woman of the house.  Her three-year-old daughter is seen sitting frozen on the living room couch holding on tightly to a blanket while the suspect repeatedly punches, kicks, drags and pulls her mom by the hair.

In a police interview, the victim says that she tried not to scream because she didn’t want her little girl to scream.  She was afraid that would set the attacker off even more and that he would hurt the little girl.

The complete home invasion attack which had been captured on the nanny cam was published across the internet and shown nationwide by news broadcasters in the hope of capturing the suspect. 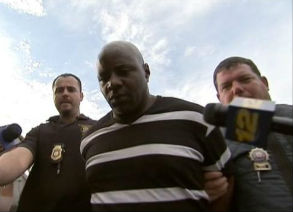 Shawn Custis being taken into custody

Custis was staying with a girlfriend who kicked him out as soon as she saw the video.  He then went to another girlfriend’s home.  It was some Newark residents who saw the nanny cam home invasion video and contacted authorities.  The suspect was arrested in the lobby of an apartment building on 10th Avenue in Manhattan.  The 2nd girlfriend was also arrested and facing charges for aiding and abetting.

If convicted, 42-year-old Shawn Custis is facing 10 to 20 years in prison on the attempted murder charge and three to five years for the burglary charge.

The woman shown in the nanny cam home invasion video is recovering from her injuries. She has a concussion, chipped teeth, stitches inside of her mouth, an injured lip, facial swelling and leg injuries.  Her three-year-old daughter and her 18-month-old son were not harmed.