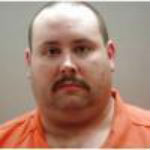 RALEIGH, N.C. — A 34-year-old North Carolina man will spend 30 years in federal prison for making and sharing child pornography of an infant.

Agents from both the FBI and North Carolina State Bureau of Investigation worked the case. The investigation was part of the Project Safe Childhood initiative, a national program aimed at ensuring that criminals exploiting children are effectively prosecuted and sent to prison.