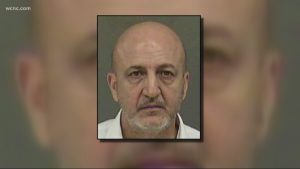 One man was arrested after he was accused of sexual battery at Charlotte Douglas International Airport.

The incident occurred while the suspect was working on a contract basis at the airport. The suspect, identified as  56-year-old Sam Nedawi, has had several jobs at the airport including helping customers at the counter of Lufthansa Airlines, and a position in the Paradies retail store.

The incident, which lasted for over 20 minutes, took place at a gift shop earlier this month. Nedawi is accused of inappropriately touching a 20-year-old woman.

Initial investigations indicate that the victim may have been under the influence of a prescription medication at the time of the assault.

Following the incident, Lufthansa Airlines released a statement saying that due to their no tolerance policies for sexual harassment, they will not be accepting any future work requests from the suspect.

Nedawi was arrested and charged with misdemeanor sexual battery. He was placed into custody under a $7,500 bond.