One Arrested in Rock Hill and Chester Robberies 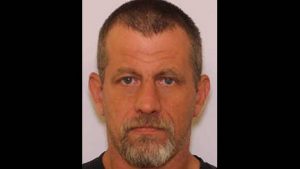 One man has been arrested in connection to armed robberies in Rock Hill and Chester.

The first armed robbery took place in Richburg at Bob’s convenience store which is located near Interstate 77 in Chester County. The suspect entered the establishment at around 2:00 p.m. on Wednesday and robbed it at gunpoint.

Later the same day, the same suspect drove to Rock Hill and robbed a woman at gunpoint in the parking lot of the Rock Hill Galleria Mall. He took her purse and drove away in his vehicle, strikacing the victim with the car door and injuring her.

Police identified the suspect as William Joseph Bogue. The suspect was spotted later in the day on Wednesday, but he was able to elude police during heavy traffic on Celanese Road.

Police found the truck later and seized it, but did not find and arrest the suspect until Friday night at around 6:00 p.m. Police captured him as he tried to enter his home in Chester County.

Bogue has been charged with armed robbery as well as other charges.