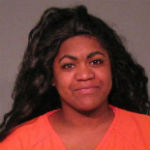 ROCK HILL, S.C. — A Rock Hill couple are in jail after police say they left their baby and toddler unattended in a motel room to go see a movie.

On Friday night a man called police after he saw a 2-year-old girl running on the third-floor balcony of the Rock Hill Motel by herself, according to a Rock Hill police report.  He said he noticed the door was open, and could see a baby in a king size bed.  The hotel room, police said, was in “disarray.”

Police spoke with motel staff, who said they rented the room to Y’Chantiz McDonald and her two infant children, the report states. Police were unable to contact Ms. McDonald, 19, 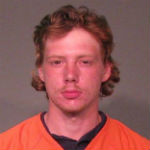 While waiting for DSS to arrive, the children’s father, Casey McMeans, 21, of Fort Mill, returned to the room along with their mother, the report states.

The parents said they had been gone for an hour and left to get gas and food while the children were sleeping, according to police. McMeans also told police they had gone to see a movie.

McMeans’ grandparents arrived on scene and took custody of the children. McMeans and McDonald were both charged with unlawful neglect of a child. By Monday afternoon, they were still held at the York County Detention Center. McMeans is held on a $25,000 bond, and McDonald is held on a $50,000 bond.