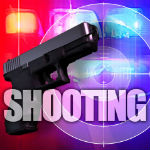 Police arrested a Charlotte man in connection with the fatal shooting on Saturday in a subdivision of Concord.

Officers responded to a report about gunfire in the Meadowbrook division of Concord near Cedarbrook and Meadowbrook Lanes about 10:30 p.m.

When they arrived, police said they found Loney Felder in the road with multiple gun wounds. Felder later died from the injuries.

According to Concord police Capt. Robert Ledwell, Felder and Phillips knew one another and had been disputing earlier on Saturday about property.