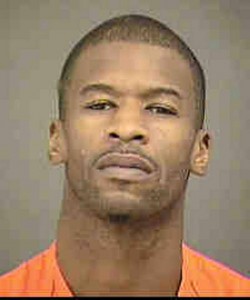 A man has been arrested in the fatal shooting Wednesday of Rakeem Shamar Massard, 25, after the victim was found in a northwest Charlotte apartment complex parking lot.

Police announced early Thursday that they arrested Radi Saleem Meyers, 36, on possession of a firearm by a felon and murder charges. They arrested him without incident and he was jailed without bail.

According to police, Meyers and Massard knew one another. It has not been said what caused the shooting.

Massard had been pronounced dead about 12:30 p.m. Wednesday in the 1800 block of Grier Grove Road, close to Fred Alexander Park. According to WSOC-TV, school children had been getting off a bus at the time of the shooting.