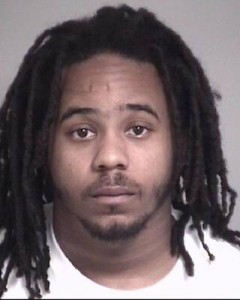 Two Kannapolis men have been arrested and charged for shooting and killing a Charlotte man Monday evening.

Oscar Leonard Jarmon, 20, and Chay Johnson, 25, were charged with attempted robbery with a dangerous weapon, first-degree murder, and discharging a weapon into occupied property (a vehicle).

According to Police Chief J.W. “Woody” Chavis, other persons of interest are being sought in connection with the incident.

A 911 call about the shooting was receiving at 6:10 p.m. Monday, but officers arrived to find the victim was not there anymore.

Soon after, police found Solomon Gebrezgi, 24, in a vehicle on South Main Street and suffering from gunshot wounds

Chavis would not release additional information on the case, including whether the victim and suspects knew each other.