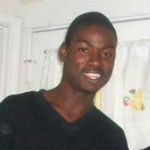 Feamster was shot in the front yard of a house along E. Fisher Street where he was hanging out, according to authorities.

The call for a shooting came in just before 1:00 a.m. Shortly afterward police put up crime scene tape around the home and yard blocking traffic.

The Salisbury police department is looking for the person responsible for Feamster’s death.

Marquis is the brother of Treasure Feamster.  Treasure Feamster, who was 13 at the time, was shot and killed in 2007  in crossfire between two rival gangs in the parking lot of the J.C. Price American Legion building.

That shooting led to changes in the way law enforcement dealt with gang crime in Salisbury.