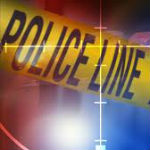 CHARLOTTE, N.C. — One person was injured in a shooting, according to police.

The shooting happened around 9:30 p.m. Sunday. A man was taken to a hospital with life-threatening injuries after police found him on The Plaza.

The man was shot at another undisclosed location. He was on the way to the hospital when police met him on The Plaza.

Police are searching for the shooter and believe they know who he is.

It happened on Columbus Circle around 7:00 PM Sunday night. Medic says one person was taken to the hospital in serious condition.

No word on suspects, victims or their conditions at this time.  Police do not think these shootings were connected in any way.

If you have any information in regards to either incident, you’re asked to call the Charlotte-Mecklenburg Police Department at 704-336-7600.