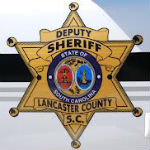 Police responded to a call at about 7 p.m. Wednesday regarding  intoxicated or disorderly people at the  S.C. 9 bypass Walmart.

Police arrested 21-year-old Justin Keith Sampley three charges that included possession of marijuana with the intent to distribute. Sampley was taken to the Municipal Justice Center.

Police say they discovered Sampley in his cell with signs of an apparent suicide attempt around 11 p.m. that night. Efforts to save Sampley’s life were made, police said. The State Law Enforcement Division is conducting an investigation.

Lancaster Police Chief Harlean Carter extended “our sincere and heartfelt sympathy” to Sampley’s family, and asked for thoughts and prayers for the victim’s family and the Lancaster Police Department.