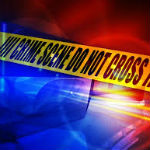 Police were still searching Thursday for the suspect from the shooting of a man in the parking lot of a business on Monday.

Mooresville man Theodore Maurice Ford, 27, was found by police right before 5 p.m. in the parking lot of Food Lion with a gunshot wound.

The business is located at 529 E. Plaza Drive. It was later determined by police that the shooting occurred in a parking lot nearby the business.

Ford was first transported to Lake Norman Regional Medical Center then Carolinas Medical Center in Charlotte for further treatment. He has since been released.

Arrest warrants have been issued for Mooresville man Tevin Jerome Davis, 22, for shooting into an occupied vehicle and assault with a deadly weapon with intent to kill inflicting serious injury.

Police said Davis is still at large as of Thursday and is armed and dangerous.

Police urge anyone with information on the location of Davis to call 704-658-9056 for Mooresville-South Iredell Crimestoppers.