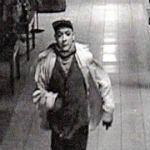 STATESVILLE, N.C. — Statesville police are looking for a man who broke into Belk by going through the roof.

Officials said they still don’t know if he took anything from the Broad Street Belk department store but said he caused thousands of dollars in damage to the ceiling when he broke in.

Anyone with any information is asked to call the police.