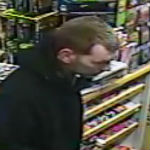 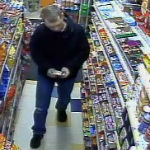 CHARLOTTE, N.C. – Police in Charlotte are asking for the public’s help in identifying a man wanted in connection to an armed robbery in south Charlotte.

The incident was reported on Dec. 31 at 5:20 p.m. at the Sam’s Mart on the 100 block of W. Woodlawn Road, according to the news release from the CMPD. 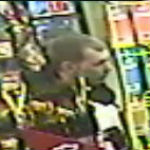 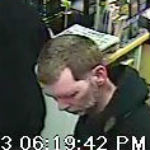 Police say the suspect displayed a firearm and demanded property from the victim business.  The suspect fled the store on foot in an unknown direction of travel.

The suspect is described as a white male in his late 20’s or early 30’s, approximately 5’10” tall, 170 lbs., and was last seen wearing a black jacket and blue jeans.

If anyone has any information about this incident or the individual shown in the pictures please contact Crime Stoppers at 704-334-1600.