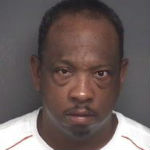 MOORESVILLE, N.C. — After almost a year on the run, the man accused of hitting and killing a college student from Mooresville is now in jail.

He was from Mooresville and was expected to start school at Pitt Community College.

After the arrest, the sheriff said tips to Crime Stoppers were a big help in tracking Langley down.